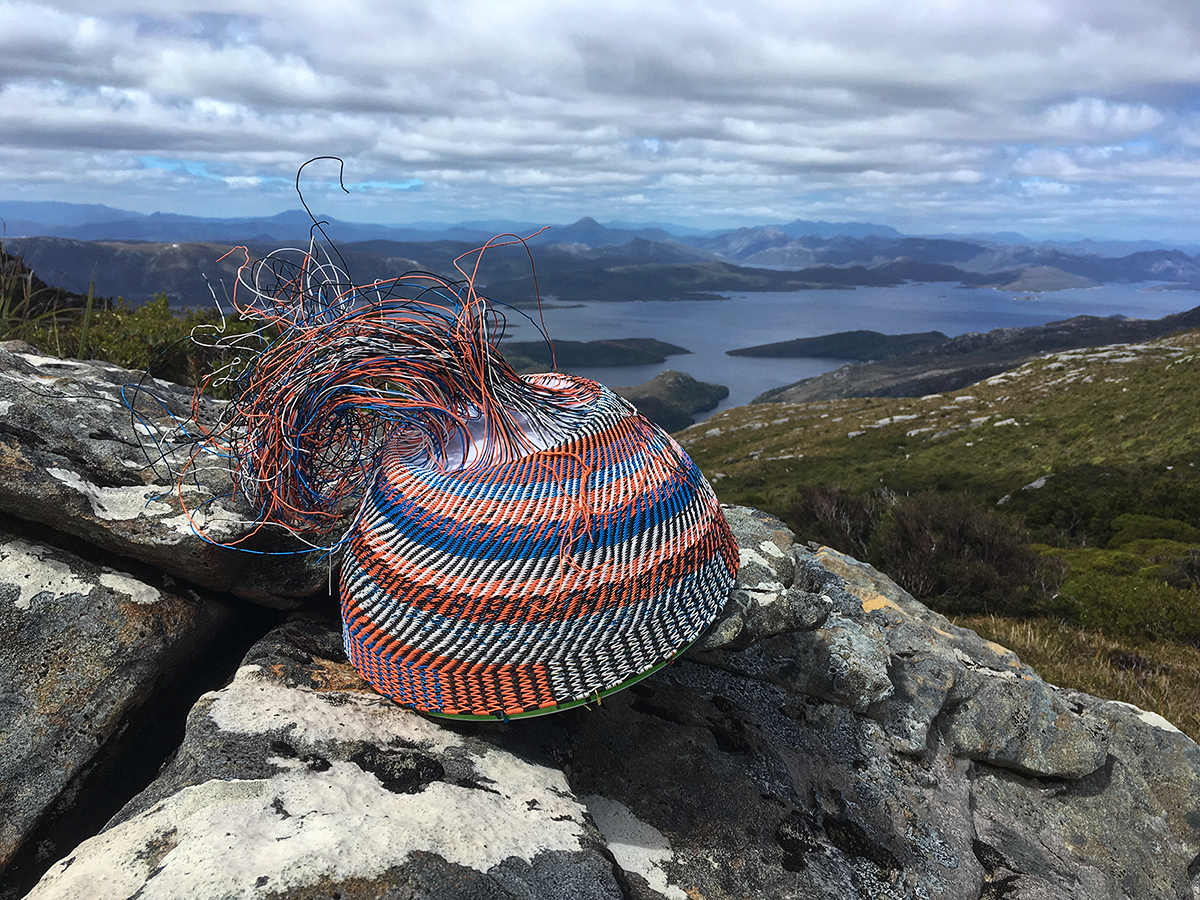 This basket is the first, and largest, in a special series of four baskets to help relocate four rescued lions from Ukraine to a wildlife sanctuary in South Africa. It is named after Nathan, the young lion cub rescued by Lionel de Lange (from the Ukraine Chapter of the Lawrence Anthony Earth Organisation – LAEOU) from an animal trader and circus trainer. Nathan and his sister were taken at two months old to ultimately be sold to a private zoo or circus. Unfortunately, Nathan’s sister has already disappeared into that horrific life. At the time he was found, Nathan was living in a small concrete cage with no access to an outside area. Below is a video of Nathan in the temporary enclosure built for him by the LAEOU team whilst they prepare for his relocation to the Kragga Kamma Game Park in South Africa.

It’s an extremely expensive operation to relocate four lions across the world. In fact, Lionel needs more than US35,000! To help the LAEOU raise funds for this complex relocation, I’ve offered this basket and three small baskets in a raffle. Visit my blog post to learn more about this fundraiser and how to enter my Baskets for Lions competition.

I’d love it if you could share this post to help get the word out. Thank you! 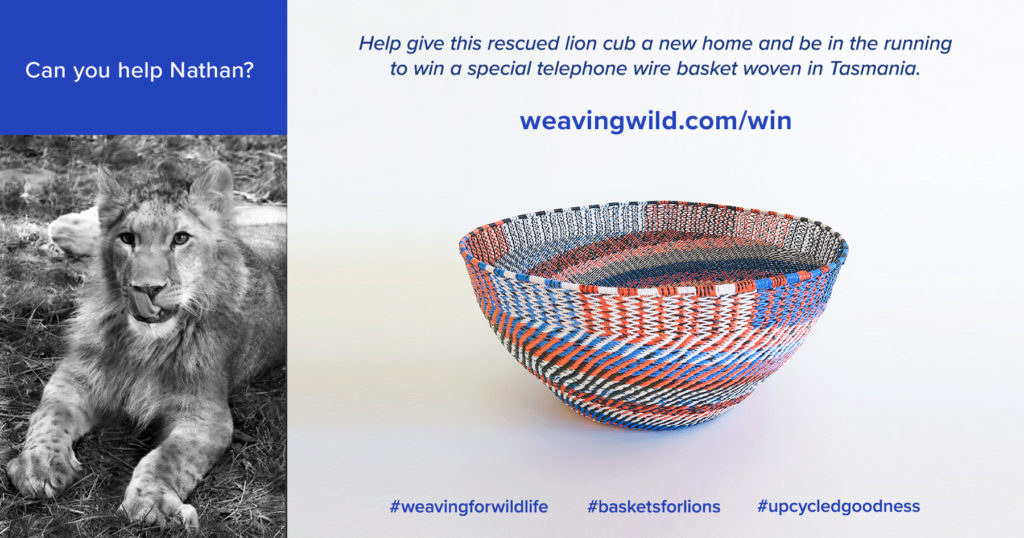 In the course of its construction, this basket has been to:

0 comments on “For Nathan” 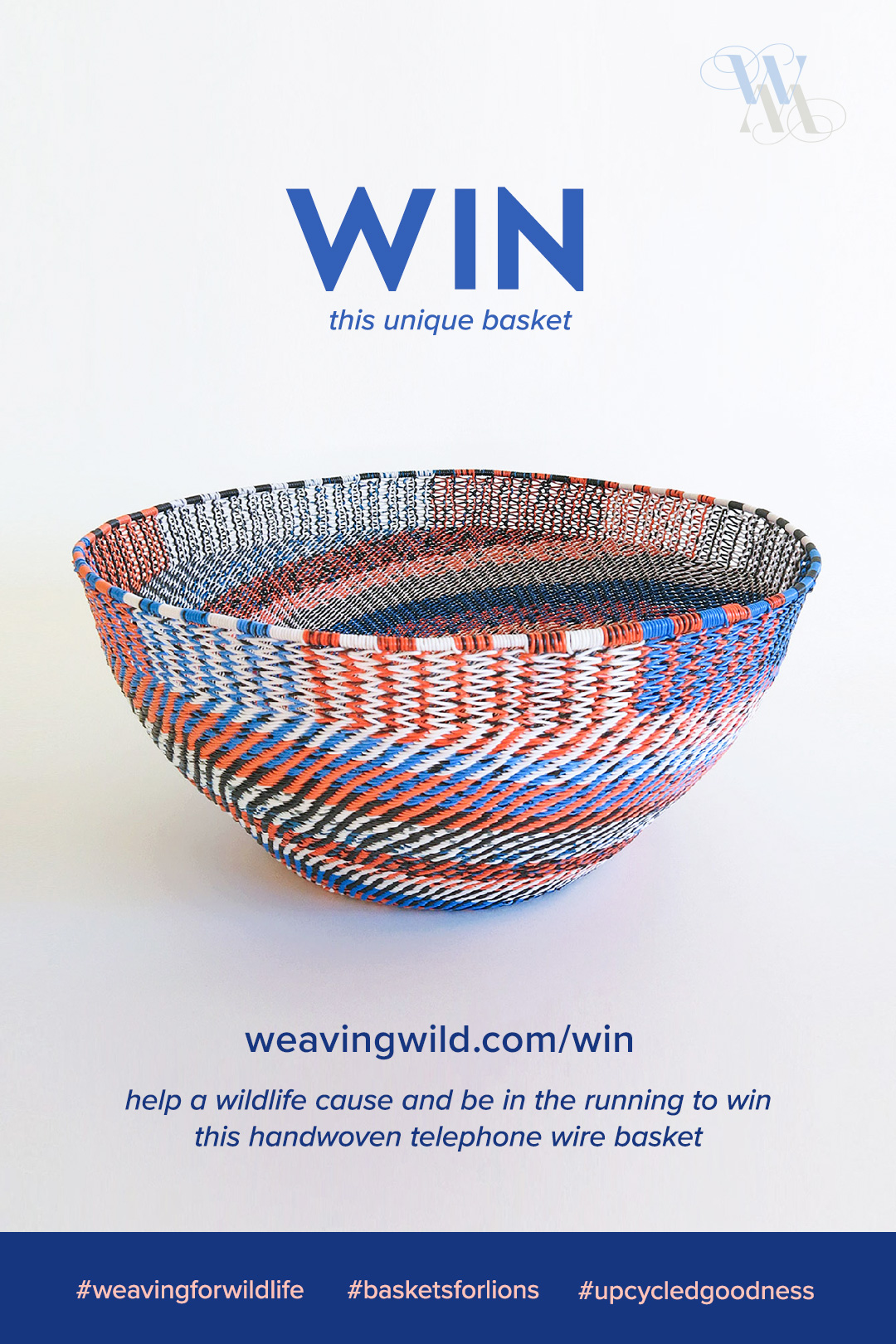